Is it possible to create a 2nd line for the 4th checkbox in the IDD_CONFIG_PAGE2<1100> from the encrypt plugin?
Translation is getting too long and PAGE2 has to be of the same size as PAGE1 and PAGE3.

Can you also take a look at the errors related to SalMenu which i get from validating the plugin?

But I think Encrypt configuration dialog is rather small, so enlarging is not problem here. I have enlarged all three pages, get new encrypt.slt in attachment. You can see that I have moved some controls in pages and enlarged some others. I have tried to use more space in pages to improve function of controls (e.g. ability to show longer path or longer name of algorithm or shredding method). Pages should keep filled from left to right and from top to bottom. See altaptrl\readme.txt section "How to use Dialog Layout Editor" for helpful tips for layouting. 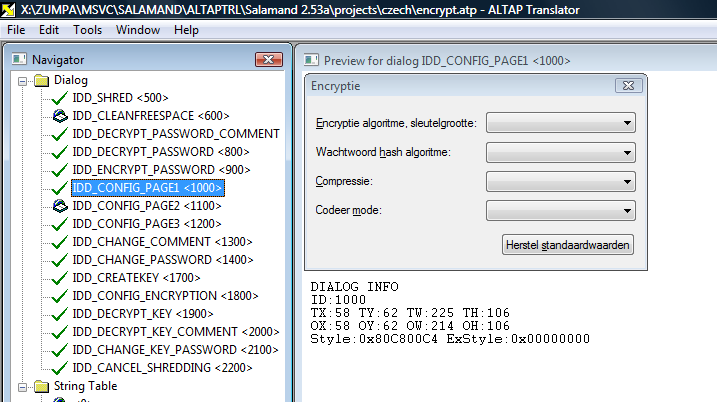 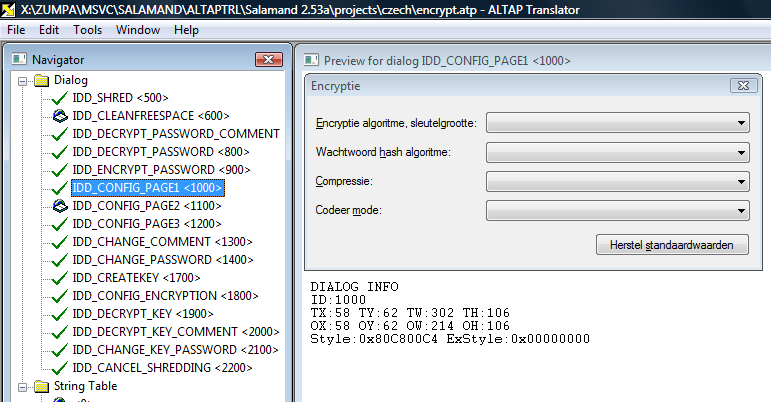 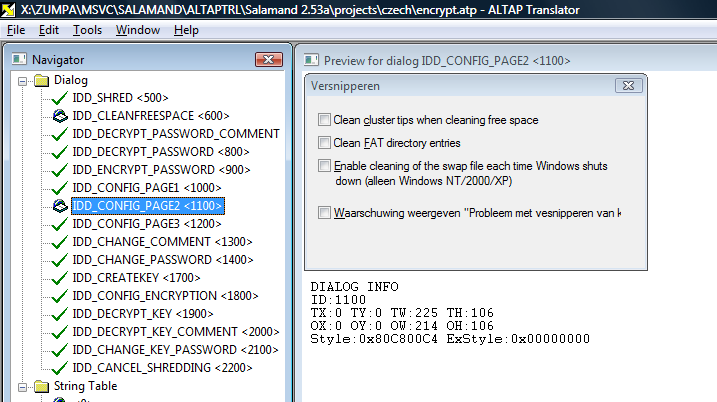 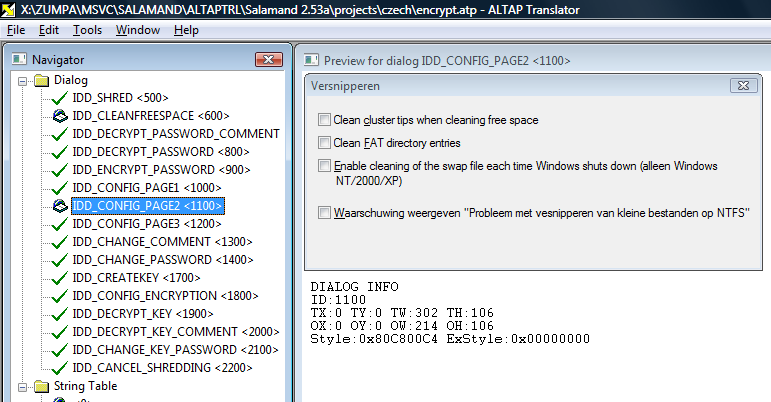 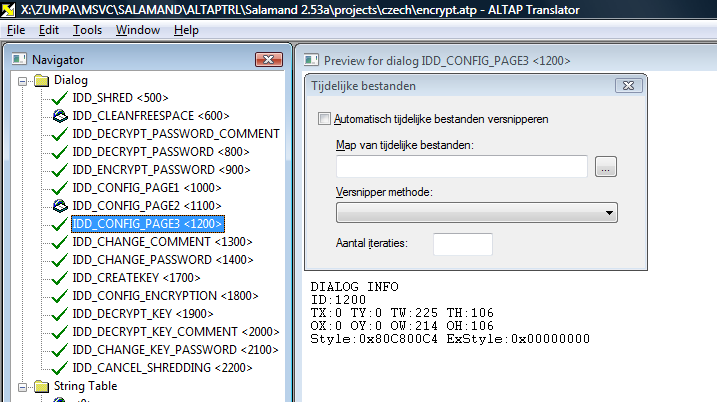 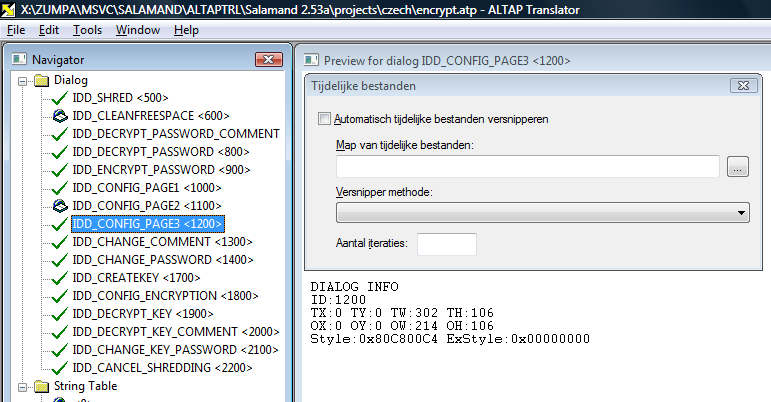 superBK wrote:Can you also take a look at the errors related to SalMenu which i get from validating the plugin?

Hotkeys conflict: both commands use the same hotkey (hotkey is preceeded by & character). There are two lines in Output window for this conflict, so both conflicting commands are visible. Use F4 key to show next line, Shift+F4 key to show previous line. You can use hint in parenthesis which contains free hotkeys without conflict. See altaptrl\readme.txt section "How to validate translation" for more detailed description on how to solve hotkeys conflicts.
Top

Ok thanks Petr, i've changed the layout on my old file and fixed the hotkey issues.
Top
Post Reply
4 posts • Page 1 of 1