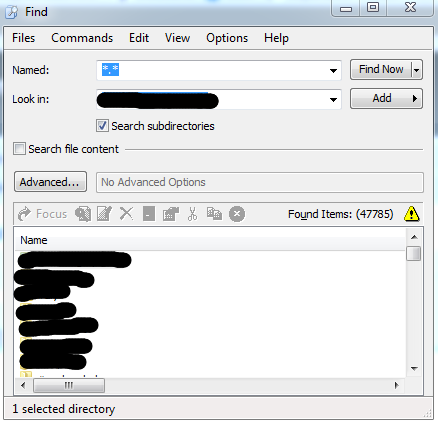 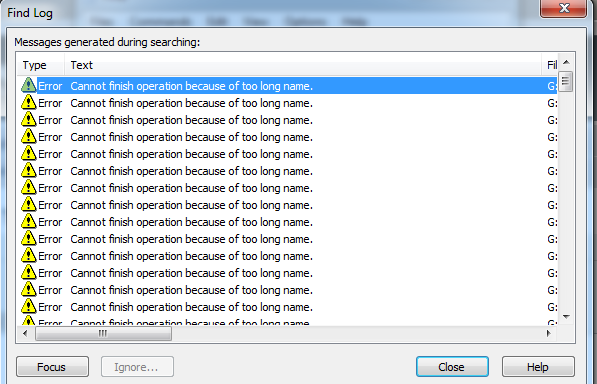 Characters in one of the affected paths was approx 270 (including the file name).

by Jan Rysavy
AS 3.0 doesn't support such long paths because there are several problems with Win32 API and such paths are simply not supported enough. Rename / simplify your directory structure.

Enough, being that the API's are trash?
Or enough, that "people" don't typically use such long paths?

Because I certainly run into long path issues "enough"

.
(Though not from searches as I typically use Everything for searching. But certainly when attempting to access, move files. Suppose most typical reasons for me for such long paths are from extracting archives that are that way, or from saving files, when I may have my download manager set to recreate directory structure locally when saving files.)

by Petr Solin
We have thought about adding support for extended-length paths (maximum total path length of 32,767 characters) some time ago. All these paths must be prefixed with "\\?\" when passing to Windows API. But we have found out that most of applications and also Windows API calls does not support it, so we have decide not to support it too. I think that neither Windows Explorer support these paths. Maybe we should add some support for them to allow shortening of such paths which is the only reasonable thing to do with them if you don't want to run into troubles.